8 Golf Trophies that Will Blow Your Mind

Welcome to Our Blog 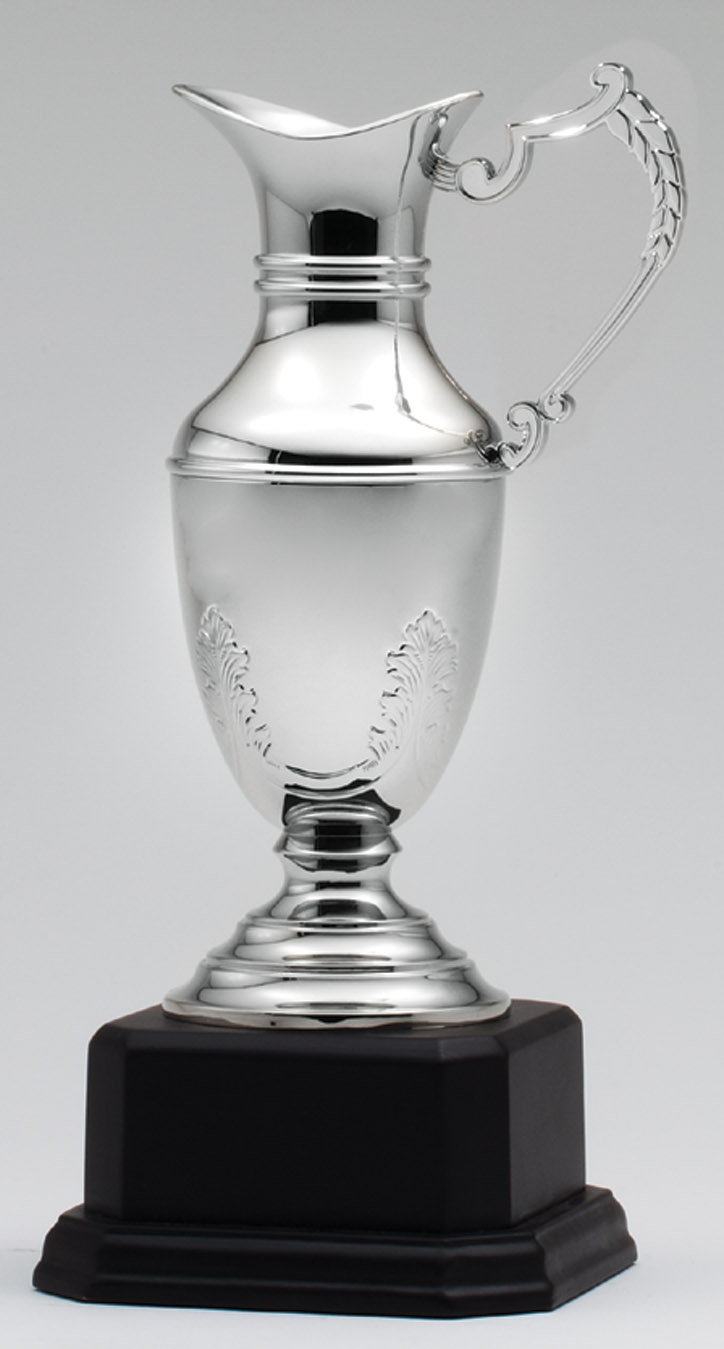 Winning a golf tournament is no simple feat. The host should adequately reward the winner as attractive rewards push players to work harder and perform better. So, it is essential to choose a trophy that aptly represents the importance of the tournament.

Golf trophies usually have a great history behind their creation. It could be based on the culture of the venue city, or it could be designed to pay homage to the host and their contribution to the sport. If you are a golf host, then you must present a variety of trophies based on the scale of the tournament you are hosting. What are the different kinds of golf trophies? Where to find the best trophies and awards for golf?

Well, congratulations because you have reached the right place. In the section below, you will find some of the iconic golf trophies and the stories behind their origin!

Here is our list of 8 golf trophies with the best design.

Established in 1971, this professional golf tournament takes place in July every year just the week before the British Open.

John Deere Classic has one of the best golf trophies. The trophy has a leaping deer along with an inclined rock cliff, and it exquisitely symbolizes the name of the tournament.

A golf trophy should be not only attractive but also be symbolic of the venue or grandeur of the tournament. The hosts of the Dubai Desert Classic trophy have done precisely that!

Much like everything else in Dubai, this trophy is massive too! Thus, it features at number #3 on our list of the best trophies and awards for golf. It is so big that winners have to kneel to pose with it, and lifting it is a test of the winner's strength!

Just like a lot of things in Dubai, the trophy looks exquisite too. It seems like a huge Arabic teapot.

3. The Masters Green Jacket and Trophy

In professional golf, the Masters is one of the four major championships and is considered one of the best golf tournaments.

Well, if it is one of the four major tournaments, then shouldn't the reward be equally prestigious? The winner of the championship gets a beautiful green blazer, a gold medal, and a trophy, where the trophy is a silver replica of the Augusta Clubhouse made up of 900 different silver pieces with a huge 4-foot wide base. On the trophy, the names of the winner and runner up are engraved on a dedicated 9 feet X 6-inch space.

However, the original trophy remains permanently at the club, and the winner gets a replica of the clubhouse-shaped trophy. And, the replica of the trophy is of13.5*6.5 inches in size.

The Open Championship is the oldest of golf's four major tournaments. The Claret Jug itself has historical importance. No wonder it is one among the best golf trophies.

The winner of the USPGA Championship receives the Wanamaker Trophy. It is a huge, old-fashioned trophy with a history.

In the early 20th Century, golfers were considered as hired help in the USA, and one man wanted to change the notion. It was Rodman Wanamaker who wanted to revolutionize golf in the USA. Therefore in 1916, he called for a national organization exclusively for professional golfers, which led to the birth of the PGA in the US. Wanamaker contributed his own money ($2500) for the prize, and thus, the Wanamaker Trophy was born.

It is 28 inches tall and weighs about 27 pounds. It is a beautiful silver cup on which the winners' names are etched.

The winner of the Sanderson Farms Championship gets this trophy. It is one of the most distinctly designed trophies in the sporting world. It is so iconic that it once it even had a cult following!

When you think golf, the possible awards you'd imagine are - a jacket, a trophy, a cup, a plaque, or even a replica of a club. But a rooster? Yes! The winner of the Sanderson Farms Golf Championship takes home a brightly colored rooster!

The tournament is hosted by Sanderson Farms, whose primary business is poultry farming. The tournament's trophy characterizes 'Reveille the Rooster.' The trophy is a rooster!

Also, it is not any rooster. The rooster for the trophy is based on Chauntecleer, a character in one of the stories in the Canterbury Tales.

The tournament is hosted by Tiger Woods. The deeper we explore, the more unique are the trophies we discover! The Hero World Challenge happens every December at the beautiful islands of the Bahamas. The top 18 players from around the world compete for the trophy.

What is so special about this trophy? It has a tiger with one of its paws on the globe! It symbolically pays homage to the tournament's host.

The Quicken Loans is a mid-year tournament hosted by the Congressional Country Club at Potomac, Maryland.

The trophy is a replica of the Capitol Building in Washington DC. It stands on a solid base on which reads - 'Quicken Loans National.' Also, attention to detail was given while the trophy was first designed. It may not be large, but the detailing in the trophy makes it look beautiful.