What You Need to Start Your Fantasy Football League

Welcome to Our Blog 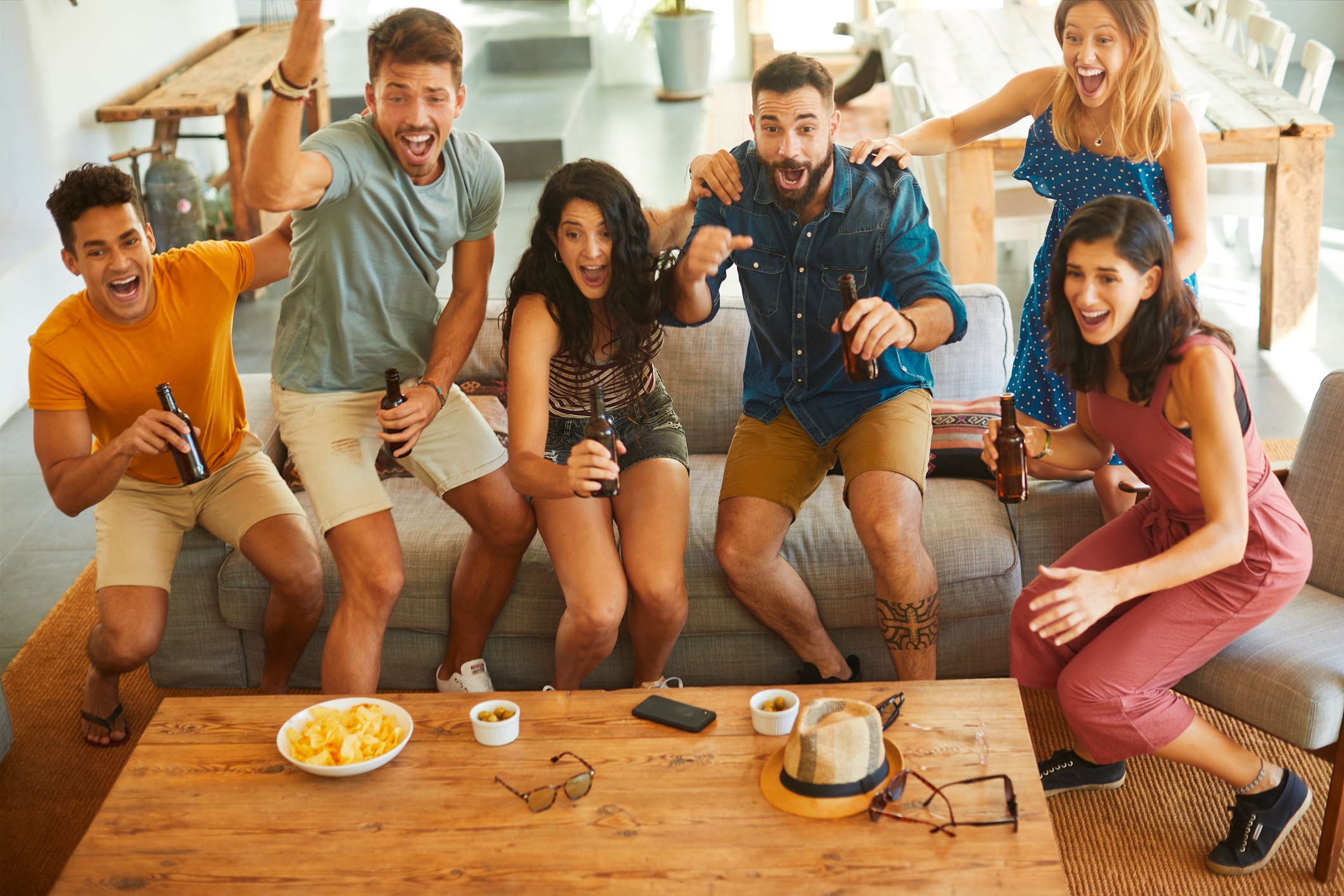 At this point in time, football is the dominant sport in the United States. Many fans enjoy watching the games and following the teams so much that they made their own game out of it. In fantasy football, they take the roles of team managers, invent their own leagues, and determine the best based on complex statistics.

Fantasy football is hardly a niche interest. Anyone who watches the sport with any regularity almost certainly knows a participant in this pastime. You too could take part quite easily and maybe even hoist a fantasy football trophy someday. If you are interested in starting your own fantasy football league, we can show you how.

Every game needs two competing teams, and every league needs more than that. More importantly, most hobbies are better if you do them with other people. To form a fantasy football league, you will need several teams each managed by one person. You should have between eight and sixteen teams for diversity. However many you have, make sure the number is even — like we said, two teams per game. You would not want anyone feeling left out.

When deciding who should play in the league, the most important criterion you should have is whether you would enjoy playing with the person. This should be your priority even if said person has never done fantasy football before or cares little for regular football. This is a game of statistics, which can really bring out the snobbery and pedantry in its players. Competition is inherent, but just keep in mind that you and everyone else invited should actually be doing this to have fun together. 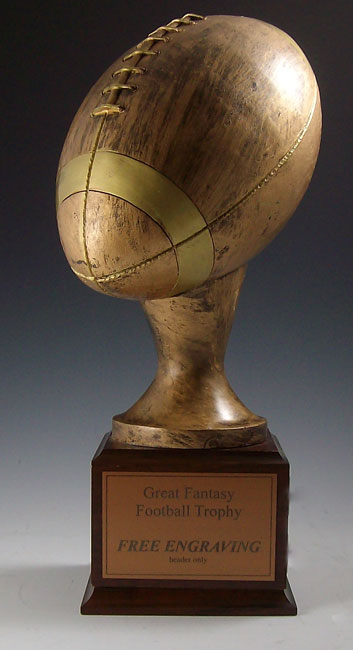 Once you have assembled your league, you need to draw up the regulations by which its members will abide. For starters, everyone needs to agree on a format. Do teams even play against each other at all (head-to-head), or is every team’s number of points compared against each other (total points)? Can managers choose any player, or do they have a budget (Salary cap)? Are auctions (um, Auctions) and contracts (Keeper) involved at all?

Every action that an athlete takes in real life, as well as everything that happens to them, translates to points in fantasy football. You all need to determine how many points each of these moves add or subtract. Take into account everything that they can do, from passes and interceptions to touchdowns and field kicks to fumbles and fouls. It does not matter how the real-life team does in the game — only how the athlete performs.

The process may leave you with more rules than you can expect players to memorize, which can spell trouble in controversial moments. Conflict should be resolved as amicably as possible, especially if money is at stake. Everyone should vote for someone to take the role of commissioner, a role with the responsibilities of arbitrating disputes and keeping participants in line. Make sure to pick someone who can be trusted to be fair.

In addition to the regulations mentioned above, there is at least one other important rule to hash out: the date of the draft pick. Just like with the actual draft pick, this is the day when every participant must build their roster. Every player in the league is an option, and you can put any of them together, even if they have never worked together in real life. In short, fantasy football lets you assemble a dream team and see how far they can go.

Every manager must take turns in choosing one player at a time for their team. Normally, you simply randomize the order for the first round, then stick to that order. You could also make it truer to life by doing a snake draft, where the managers go in reverse order for the second round. However you all approach it, keep taking turns until everyone in the league snags between 15 and 18 players.

It may not be in any professional handbook, but the first rule of fantasy football is to have fun. Why would you and your friends devote so much time, thought, and effort into an activity if none of you are enjoying it? Granted, some people are content with the game as it is, and that is fine. If you want, however, you can find ways to spice things up.

Maintaining a group chat or something similar can encourage league members to participate actively and frequently. It could serve as an environment for in-depth discussion of the game and the real-life sporting matches that inspire it. Moreover, and some would argue more importantly, group chats give everyone a space for some good-natured trash talk. Just be careful not to go too far, for someday, you might be the one getting roasted for your team’s poor performance.

Creating traditions can also make fantasy football, a game primarily played on calculators and points charts, feel more real. When someone loses big, they could be compelled to do something embarrassing, like performing a silly dance or wearing a bad outfit to work. When someone’s team emerges as the champion, they could be honored with a fantasy football trophy. Special songs, chants, slogans, and inside jokes can bring the game to life and bring its players together. 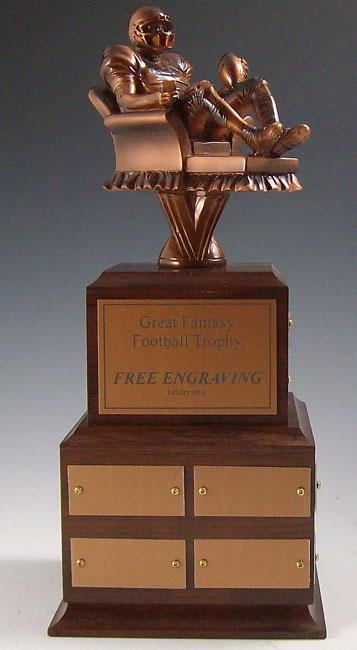 Not everyone will receive the opportunity to play professional football. Thankfully, fantasy football is far more accessible, and you can rejoice after a victory with as much flair as a Super Bowl winner. Why not go all the way and get a fantasy football trophy for the manager of the winning team? Awards Zone can do that for you and your buds.

Feel free to shop from our spirited selection and customize the award as desired. We can even engrave a logo and text (such as the names of the winner and their team) for you at no additional charge. With these services, we work to bring your fantasies into reality and help you celebrate in style.